The SBRV (pronounced "suberver") is an area featured in the lore of the Cyber Troopers Virtual-On series.

The SBRV is a Forbidden Zone situated on the Earth, somewhere in South America. This area divides the 8th Plant "Flesh Refoe" from the rest of the world and is managed by the giant cyber-syndicate TSC. There is a type of V-Crystal located in the area, known as Wild Crystals, which maintain a defensive seal in the area. It is revealed later on in the arc that the defensive seal contained Jaguarandi, and that it prevented the massive phantom VR from materializing into the real world.

In V.C.9f, when Anbel IV sold off the nine plants to the DN Corp.'s business rivals, DNA forces secretly advance into area SA-C49 in an attempt to regain control of the 4th Plant from agents of Drammen. While the main unit occupied various scattered industrial facilities, the special forces that received special treatment advanced to the forest area to suppress the plant's control mechanism. However, communications from them has ceased. The main body became suspicious at this, thus they dispatched a riot police force to investigate, only for them to suffered catastrophic damage shortly after. Despite this, some reports had come through.

The troops reported that they were attacked by an unknown Virtuaroid. It was hard to believe, but this could not be ignored. With that, they bring in a large-scale squadron including several VRs. The squadron based on the newly-introduced VRs was preceding a combat engineer unit. They would be seeing something amazing within a few hours after they enter the forest area.

It was there that they had found a long-undiscovered ruins. The ruins were very large; 680m on one side, 1300m on the base area, and 150m in height. However, it was not the splendorous size of the ruins itself that they were surprised by. On and around the area itself were a fair number of personnel that were lying down. They were allied troops that had previously advanced into the area and were wiped out. But strangely enough, there were no signs of traumatic wounds or usage of BC weapons. They were alive, but their consciousness was lost, and because of this, they were in a vegetative state.

The soldiers had no time to think about this unusual situation, as they were then suddenly attacked by an unknown Virtuaroid, causing them to go into a panic. A request for rescue was sent to the VR unit, and two SAV-07 Belgdor units rushed to the scene, but they refused to fight. This is because the reported "enemy VR" was transmitting an identification signal of an allied prototype VR.

More to be added! 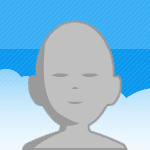